(1) The most common freeze-dried pet food of whole meat is made with chicken breast, (usually small tenderloin, that is chicken fillet), as well as whole quail (not recommended for purchase, the reasons will be detailed later), or capelin, etc.

(3) The last type is "freeze dry pet food". Freeze-dried pet snacks in the form of meat patties are more like common canned wet food, but they are more like dehydrated raw meat.

That is to say, this meat patty is not a single piece of meat, but a "meat patty" or "meat cube" composed of various muddy flesh. The advantage is that it can be fed directly as the staple food. After simple rehydration, the pet can enjoy a full meal.

From the perspective of morphological classification, the differences between various freeze-dried products are quite obvious. The freeze-dried meat in the form of meat pieces is more like a snack or a complementary food. The nutrition is relatively simple, and it is not suitable for feeding as a staple food, but it can be added to the rice to increase the palatability.

This is also the reason why many pet snack manufacturers are now launching a new product of freeze-dried mixed food; the other is dry meat patties, which can be used as the kibble, with more comprehensive nutrition and better taste.

However, after all, freeze-dried food is dehydrated. Like dry food, if it is fed directly, it will cause a certain degree of dry mouth, which requires proper rehydration or more water for pets.

2. How to choose a good freeze-dried pet food?

There are mixed good and bad freeze dried meat wholesale in the market. How to choose a good freeze-dried product for pets? In fact, it is very simple, just need to pay attention to the following points.

From the color point, freeze-dried pet food will be darker than the original color of the meat (but not brown), giving a feeling of rich flavor.

Conversely, meat that looks too white or crispy may have been "processed" (such as high-temperature roasting) using means such as whitening.

Because it is dried at a low temperature, the freeze-dried meat will be more fluffy and porous than the high-temperature dried food, and it will appear a little "loose". This does not mean that the quality of the meat is not good, but the quality is higher.

According to the production process, we can know that freeze-dried pet food is made from frozen meat, and the ice is directly sublimated into water vapor.

Therefore, the freeze-dried pet food will have a porous structure, which makes people feel it is more fluffy (which doesn't mean it is not good), so its rehydration is better, and the state after rehydration is also closer to fresh meat;

It is not the case for jerky, because this kind of meat will shrink faster under high-temperature drying, the fibers will be tighter, the rehydration is difficult and slow, and the state after complete rehydration will be more like a piece of "water-soaked jerky".

Good freeze dried pet food must be well packaged. Never buy some products that are packaged in plastic boxes or sealed bags without a production date, quality certificate, and manufacturer.

The quality control and assembly lines of large factories are better than those of some small workshops. Even if they do not have their assembly lines, these operations will tend to be handed over to reliable workshops.

The total number of colonies is an important test standard for freeze-dried pet food, and most manufacturers use radiation sterilization after freeze-drying.

But even so, if the freeze-dried pet food is not well sealed, the colony may exceed the standard. The dehydrated meat has lost 70 or 80 percent of its mass, and the fiber that's left is very light. 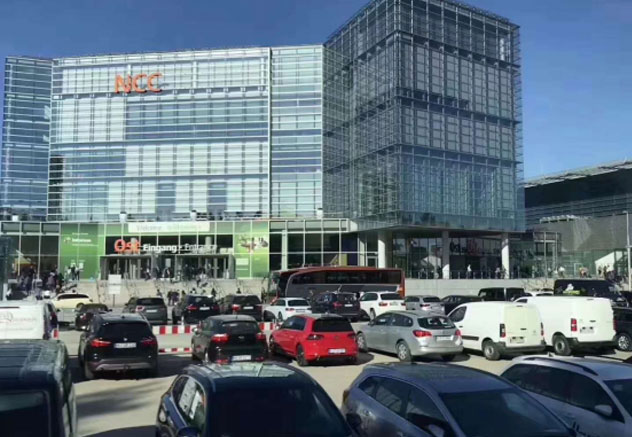 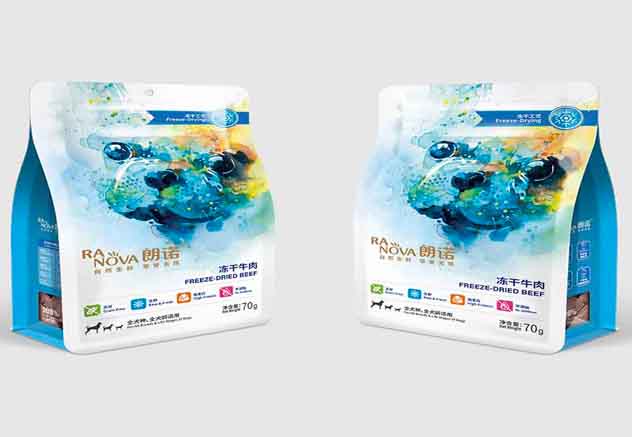 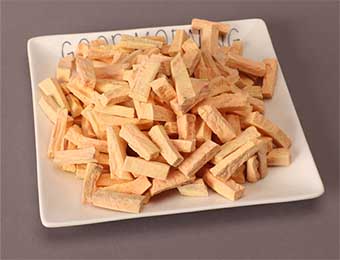 Freeze-dried Pet Snacks Market is Large and Has Good Prospects